Skip to content
The second Droitwich Mail Art exhibition is opened! The theme was to celebrate 400 years of Shakespeare’s death, but also his plays, characters, life in Tudor times, theatre, tragedy and comedy. 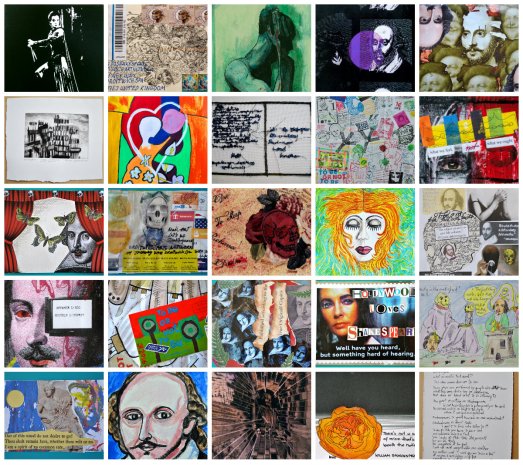 The response from the artist was great. 69 artists and 90 artworks on the exhibition which is much more than last year. Some of you have taken a part in the last year’s exhibition ‘Connection is Made…’ and I am happy to receive your artwork this year too. I am also glad we have some new artists involved. Even two little Droitwich schoolgirls (Ruth and Jessica) sent us their mail art – I believe they are the future of the mail art community. Several entries arrived too late to be the part of the exhibition, but they are included on the website.
The selection was so exciting in its diversity in approach to the theme, interpretation and techniques. Another visit to Croome Court